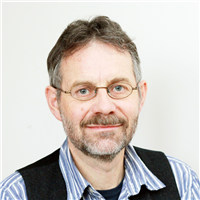 Senior scientist at IMR and professor at the Institute for Biology, University of Bergen (UiB).

Lunestad is a Senior Scientist at Section for Contaminants and Biohazards at The Institute of Marine Research, Bergen, Norway. Since 2006 he also holds a Professor position in Seafood microbiology at the University of Bergen, Norway. His background is within marine microbiology, antimicrobial resistance, effects of aquaculture on the sediment microbiota, and seafood safety. His Master's thesis focused on antimicrobial resistance of the fish pathogen responsible for cold-water vibriosis (Vibrio salmonicida). In his PhD he made research on antibiotics used in aquaculture, their stability in seawater and marine sediments, as well as how such agents affected the development and spread of antimicrobial resistance. During a 10 year period from 2004, he was a member of the Panel on Biological Hazards in the Norwegian Scientific Committee for Food Safety, and participated in the elaboration of several risk assessments dealing with antibiotic resistance development from preserving agents and disinfectives in consumer products (www.vkm.no). He has published over 70 scientific peer reviewed articles, of which more than half deals with drug consumption in aquaculture, pharmacokinetics and dynamics, and resistance development.